Dear Friends, It is with great pleasure that we announce that starting this summer, Profile will make Artists Repertory Theatre our new home!  We will produce and rehearse our next season at Artists Rep, beginning in January with our 2014 Sam Shepard Season. This June, we will move our business office from our current location [Read More…]

FOR OUR COMMUNITY February 8, 2013 Two of Portland’s only East Side venues to be closed Profile Theatre loses its home Profile Theatre, currently in its 16th season, is losing its permanent home in the historic Theater! Theatre! Building in Portland’s vibrant Belmont district. The building’s landlord, owner of the Tao of Tea shop and [Read More…]

Profile Theatre has announced Athol Fugard as featured playwright of the 2012-13 season. Athol Fugard has worked in the theatre as a playwright, director, and actor in South Africa, England, and the United States for over fifty years. As a playwright, his works have received critically acclaimed runs on Broadway, in London, and at The [Read More…]

Adriana Baer will succeed Profile Theatre Artistic Director and founder Jane Unger, who is stepping down after fifteen years with the company. Following Unger’s announcement of her departure last fall, the organization’s board and staff undertook an extensive, carefully-planned search for a new artistic leader. Baer was selected from a field of candidates that applied [Read More…] 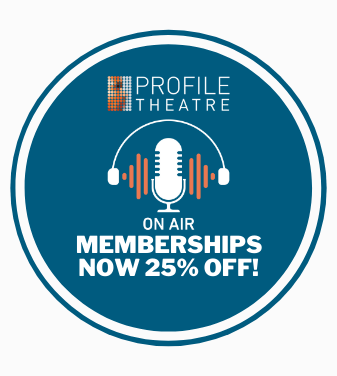