It is with great pleasure that we announce that starting this summer, Profile will make Artists Repertory Theatre our new home!  We will produce and rehearse our next season at Artists Rep, beginning in January with our 2014 Sam Shepard Season. This June, we will move our business office from our current location at the Theater! Theatre! Building in SE Portland, to offices on the east side of the Artists Rep campus.  Opening Night of our 2014 season is scheduled for January 18.

This partnership offers a phenomenal opportunity for collaboration between these two longstanding Portland theater companies. This agreement quickly fell into place shortly after we learned that our lease at Theater! Theatre! would not be renewed in June.

With Profile’s urgent need to find a home and both organizations embracing a time of transition with new artistic leadership, we believe that despite the unexpected circumstances, the timing and organizational evolution is nearly perfect for both companies.

“Profile’s residency at Artists Rep is a major step toward meeting two of our long-standing company goals: turning our phenomenal facility into a constantly buzzing hive of production and performance, and serving a supportive role in Portland’s artistic community,” said Dámaso Rodriguez, incoming Artistic Director at Artists Rep. “Profile has an undeniably distinct mission and excellent reputation within the Portland theatre community, which I believe both contrasts and complements the work we do.  I expect this residency will inspire collaboration that will greatly benefit each of our companies and will yield artistic rewards for our audiences.”

“I am so thrilled for Profile, and for our artists and audience, that we have found a new artistic home at Artists Rep,” said Adriana Baer, Artistic Director at Profile Theatre.  “While our missions are very different, Artists Rep and Profile share a deep commitment to creating thought-provoking productions, diverse educational outreach and to fostering a strong arts community in Portland.” She continues, “As another new Artistic Director in town, I am especially excited to be coming to Artists Rep at the beginning of Dámaso’s tenure.  I know this move will broaden Profile’s programming opportunities and prove energizing for all involved.”

Now celebrating its 30th season, Artists Repertory Theatre is the longest-running professional theatre company in Portland.  Artists Rep strives to challenge artists and audiences with plays of depth and vibrancy in an intimate setting.  Artists Rep explores the strengths, frailties, and diversity of the human condition primarily through regional premieres, commissioned works and selected classics appropriate to contemporary issues.

Profile Theatre, currently in its 16th season, is losing its permanent home in the historic Theater! Theatre! Building in Portland’s vibrant Belmont district. The building’s landlord, owner of the Tao of Tea shop and restaurant in the same building, notified the company last week that its lease would not be renewed after June 30. Plans call for the two theaters in the building to be utilized for Tao of Tea operations.

“I learned of the landlord’s decision on closing day of The Road to Mecca, our highest selling, most successful production in over six years,” says Profile’s new Artistic Director Adriana Baer. “It’s heartbreaking that this community is losing two of its most valuable venues.”

“We have spent the last six months investing in improvements which would allow Profile to be better stewards of our venue, providing much-needed rental space for nomadic theater companies and music groups and much-needed earned income for us. We were looking forward to deepening relationships with our community,” says Matthew Jones, Profile’s Managing Director.

Profile Theatre is embarking on negotiations for a venue in which to produce their 2014 Sam Shepard Season, and is moving forward with plans to open that season in January, 2014. Funding to support additional capital expenditures associated with the unexpected move will be sought.

Profile Theatre has announced Athol Fugard as featured playwright of the 2012-13 season.

Athol Fugard has worked in the theatre as a playwright, director, and actor in South Africa, England, and the United States for over fifty years. As a playwright, his works have received critically acclaimed runs on Broadway, in London, and at The Fugard Theatre in Cape Town. He has been seen on stage in South Africa, London, Broadway, off-Broadway, and in regional theatre in the U.S.  In June 2011 he received a Lifetime Achievement Tony Award.

Film credits include The Road to Mecca, Gandhi, The Killing Fields, Meetings With Remarkable Men, Marigolds In August, Boesman and Lena, and The Guest.  His novel Tsotsi, was adapted into a film which won the Oscar for Best Foreign Film (2006).

Adriana Baer will succeed Profile Theatre Artistic Director and founder Jane Unger, who is stepping down after fifteen years with the company. Following Unger’s announcement of her departure last fall, the organization’s board and staff undertook an extensive, carefully-planned search for a new artistic leader. 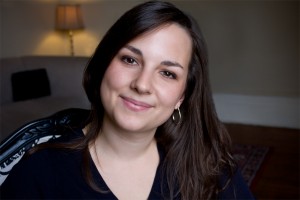 Baer was selected from a field of candidates that applied from throughout the United States and Europe.  “It is a testament to the contribution Profile has made to the American theatre community that we received applications from so many qualified applicants,” said Profile Board Chair Mary Simeone. “The Board of Directors is thrilled to welcome Adriana as the new Artistic Director of Profile Theatre. Her affinity for our unique mission was obvious from the first interview and she already has shared compelling ideas as to how to build on that mission to bring our programming to an even wider audience. She will no doubt be a major asset to both our theatre and the theatre community of Portland as a whole.”

Adriana Baer is the former Associate Artistic Director of San Francisco’s The Cutting Ball Theater where she directed productions including Woyzeck (Bay Area Critics Circle Award for Best Direction), The Maids, and No Exit and produced, among others, The Death of the Last Black Man in the Whole Entire World, Macbeth, The Hidden Classics Reading Series and Risk is This… New Experimental Plays Festival.  During her tenure at The Cutting Ball, the company received four “Best of San Francisco” awards, including one for No Exit.

Baer’s tenure will formally begin this summer.  She and Unger are currently working together to craft Profile’s 16th Season, featuring the works of renowned South African playwright Athol Fugard.