Episode 15: Leslie North: The Weight of Her Decision

Profile Theatre On Air
Episode 15: Leslie North: The Weight of Her Decision

“Leslie North is as warm and generous-spirited a young woman as you are likely to meet. Sometimes funny, sometimes thoughtful, sometimes dark, she’s always just to the left of what you’d expect.” -Bobby Bermea

ARTIST BIO
Leslie is a Memphis native who left a cushy job in the IT world to study at the Portland Actors Conservatory. Now living in Atlanta, Leslie is dipping her toes into the film world. She has already written a short film, Time Sensitive, as part of the BLVCK Film Collective in Portland. Next to acting, her current focus is rediscovering her voice as a writer through comedy sketches, pilots and other original shorts. Leslie is very passionate about telling authentic, relatable stories that represent the unheard and the ‘regular folks’. When she isn’t succumbing to the post-Covid pressure to constantly create, Leslie can be found binge watching her favorite shows, reading, or complaining about dating apps.

Episode 14: Tess Raunig: I Am More Than The Shape Of My Body 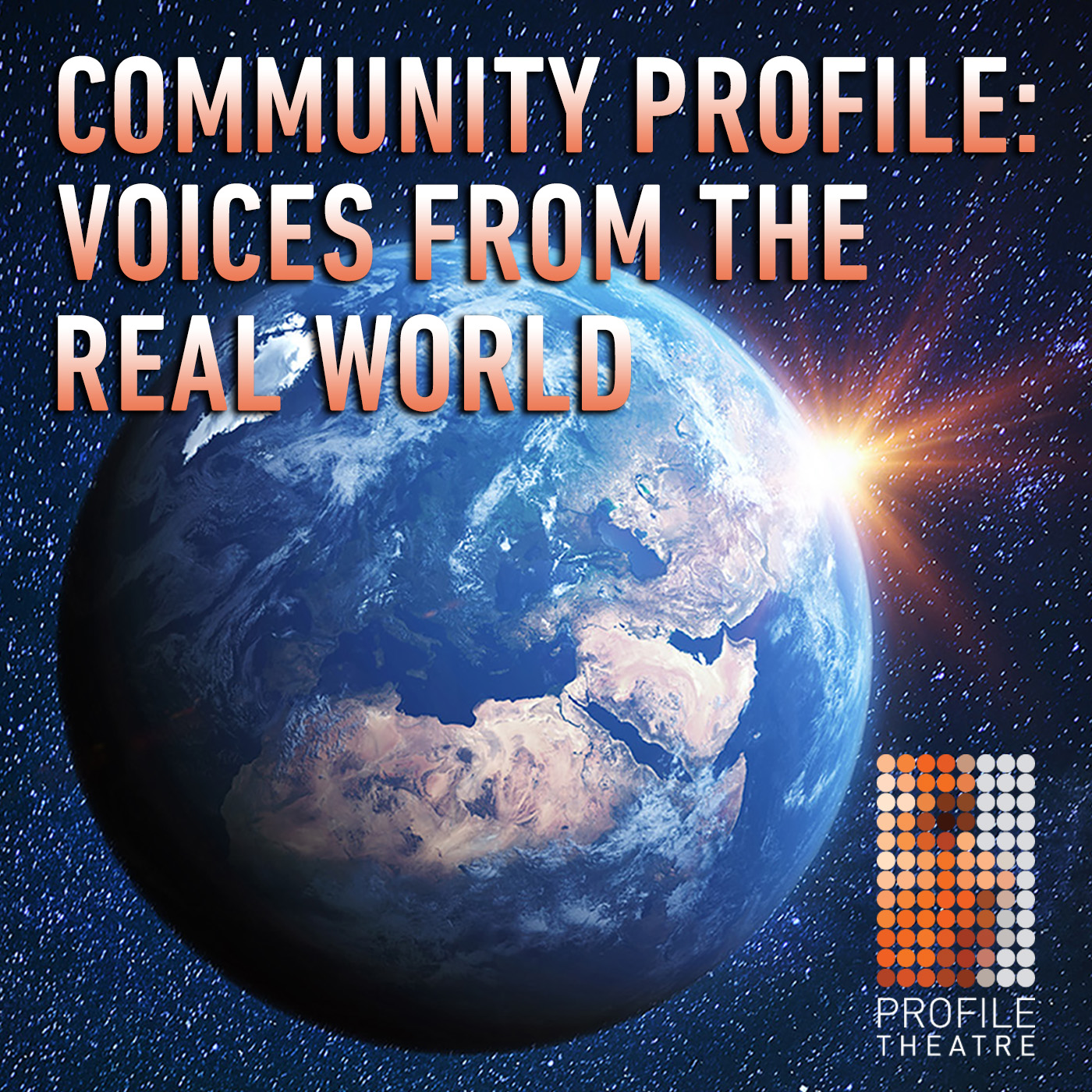 Profile Theatre On Air
Episode 14: Tess Raunig: I Am More Than The Shape Of My Body

“To some, Tess Raunig may live at the intersection of many identities but to their mind, there’s only one: Tess Raunig. Tess is on a mission to break down every myth, every misconception, every lie and every injustice that is an obstacle to any body being their best self. This fire is red hot and a dominant aspect of their words, writing and music.” -Bobby Bermea

ARTIST BIO
Tess Raunig (they/them/theirs) is a disabled, trans multidisciplinary creative and performer based in Portland, OR. They wish to thank Profile Theatre for both featuring them on Voices from The Real World, and for sponsoring and organizing the LGBTIQ+ writing cohort. As an actor, have worked with companies such as Artists Repertory Theatre (Teenage Dick, Mercury Company II and III), Oregon Children’s Theatre (Dragons Love Tacos), Bag & Baggage Productions (Sequestered Soliloquies), Couch Film Collective (Again and Again), Adventuress Films, Oyster Shell Productions, the Disability Art and Culture Project, and Impetus Arts. They are also a junior associate artist with Original Practice Shakespeare Festival. In August 2019, they starred in the world premier of The Poet’s Shadow, a rock opera written by students at PHAME Academy, in partnership with Portland, OR. Tess serves as a teaching artist, and choral assistant at PHAME.

They sing and play keyboard/synth in the Portland based theatrical folk pop band, Sasha and The Children. Tess is also a member of Acchord, an a’capella group comprised of trans and non-binary singers.  When they aren’t acting, writing, playing music, or teaching, Tess enjoys drinking tea, social justice activism, and hanging out with their cat child, Sasha. And yes, the band is named after Sasha kitty. linktr.ee/tessraunig

Episode 13: Brave Zamogogo: Give Me A New Face So I Can Love You

Profile Theatre On Air
Episode 13: Brave Zamogogo: Give Me A New Face So I Can Love You

“Brave Zamogogo(Sohacki) is a warm, charming, fluid individual and their writing reveals an eye for vivid imagery and a generosity of spirit for the human condition.” -Bobby Bermea

ARTIST BIO
Brave identifies as a Queer Latinx non-binary collaborative ceremonialist. They thank their ancestors and all their relations for their life and happiness. Their writings are inspired by the magic of connection between the human, non human, and place. Recently, their piece I Trust Her debuted in Bag and Baggage’s Sequestered Soliloquies, they first acted on the stage of Defunkt Theatre in 2018’s production of Slipping by Daniel Talbot, and are currently an ensemble member with The Actors Conservatory at Artists Rep in Portland, OR.

Episode 12: Greg Berman: All The Animals of the Kingdom

Profile Theatre On Air
Episode 12: Greg Berman: All The Animals of the Kingdom

“Much of Greg Berman’s writing centers around mental health because that is the field in which he has spent much of his life. Today, Greg is a professional psychiatrist who also brings his life experience and insight to the page with intelligence, courage and vivacity.” -Bobby Bermea

ARTIST BIO
Greg Berman received his MFA in dramatic writing at Lesley University. He is a
private practice psychiatrist in Portland, Oregon and is interested in the
intersection of creativity and mental health. His ten-minute play Hope and
Change appeared in Being Human a Playwright Showcase, by Scribe Stages at
Moving Arts Theater in Los Angeles, CA, November, 2017. His play Bartow
was inspired by the art of Rick Bartow and his ability to make art after a stroke, it received a reading in the Dramatists Guild footlight series last summer.

“Roberta Hunte is an educator and a difference maker. Everybody who meets her, remembers her and she just might be the smartest person to ever be on Voices from the Real World. In this podcast she writes about a harrowing, heartbreaking moment from her own life — and you get to meet her son, Paris!” -Bobby Bermea

ARTIST BIO
Roberta Hunte, Ph.D., MS  is  a Black Feminist scholar, mother, facilitator, and cultural worker. She is an Assistant Professor at Portland State’s School of Social Work and is an affiliate faculty in Black Studies and Women, Gender, and Sexuality Studies. With playwright Bonnie Ratner she co-wrote and produced the theatre piece My Walk Has Never Been Average based on her dissertation research on narratives of Black tradeswomen. She was the Executive Producer for the narrative short film “Sista in the Brotherhood” written and directed by Dawn Jones Redstone. She and Dr. Catherine Duffly devised and produced the theatre piece We are Brave about people of color and reproductive justice. Her research areas of focus include reproductive justice, women of color feminisms, and cultural work for social change. She is particularly interested in how people of color talk about their lived experiences with systems of oppression coupled with their survival strategies and their recommendations for equity;  areas of focus include Black perinatal health and racism related stress, higher education access for adult learners, and Black tradeswomen in construction.

Episode 10: Ernie Lijoi: When I Gave Into My Demon Desire

Profile Theatre On Air
Episode 10: Ernie Lijoi: When I Gave Into My Demon Desire

“Ernie Lijoi looks like a tough guy and sings like an angel. He’s also a multifaceted font of creativity; playwright, songwriter, singer, actor, musician, comedian, storyteller and he puts on a bunch of those hats right in this podcast.” -Bobby Bermea

ARTIST BIO
Ernie produced three albums as a young recording artist in the early 2000’s. His last CD Better Days was awarded “Best Unsigned Artist – Album of the Year” by Billboard magazine. He was also a member of the prestigious BMI Lehman Engel Musical theater workshop, where he took his songwriting to a more theatrical level. His songs have been recorded and performed by cabaret, choruses and jazz artists internationally and in 2015, he had two songs in the Broadway musical It Shoulda Been You. His own musical Under the Influence for which he wrote book music and lyrics was produced in Portland that same year and won a local Drammy award for “Best Original Score”. His newest musical The Pursuit of Happiness had its first workshop at the 2019 OUTwright Theater Festival and is slated for a 2020 production.

Ernie came to Portland from New York City, where along with his music and theater creations, he worked as a digital technologist for a multitude of advertisement firms. On relocating to Portland, he decided to go back to school to fulfill a lifelong desire to work in health care. He has recently graduated from Concorde as a Respiratory Therapist.

Ernie is now a board member for Fuse Theatre Ensemble which produces the Outwrite theater festival, an annual to showcase new works from the LGBT community.

Episode 9: W. Noel Robbins: I Write to You from Exile

Profile Theatre On Air
Episode 9: W. Noel Robbins: I Write to You from Exile

“W. Noel Robbins is a warm and generous — yet incisive and driven spirit. And her writing reflects those qualities and much, much more.” -Bobby Bermea

ARTIST BIO
W. Noel Robbins is a native of Tulsa, Oklahoma but came of age in Detroit, Michigan. She has written poetry since an early age and published throughout her academic life. She is working on her first novel. W. Noel is also trained in a wide range of dance traditions, including social dance  traditional dance forms including Native American tribal dance (Five Civilized Tribes of the Mid-Continental United States) and folkloric dances of the African and Afro-Cuban diaspora. She is currently an advanced social Latin ballroom dancer who began training for performance in 1990. W. Noel is a lover of human culture and a student of nature. When she’s neither on the clock nor the dance floor, she can often be found studying cosmology and metaphysics, drinking coffee, doing yoga, or re-organizing her desk shelves for improved chi flow.

Posted on February 5, 2021 in: |Comments Off on Episode 8: Matthew Miller: Alms for the Poor/Fertile Ground 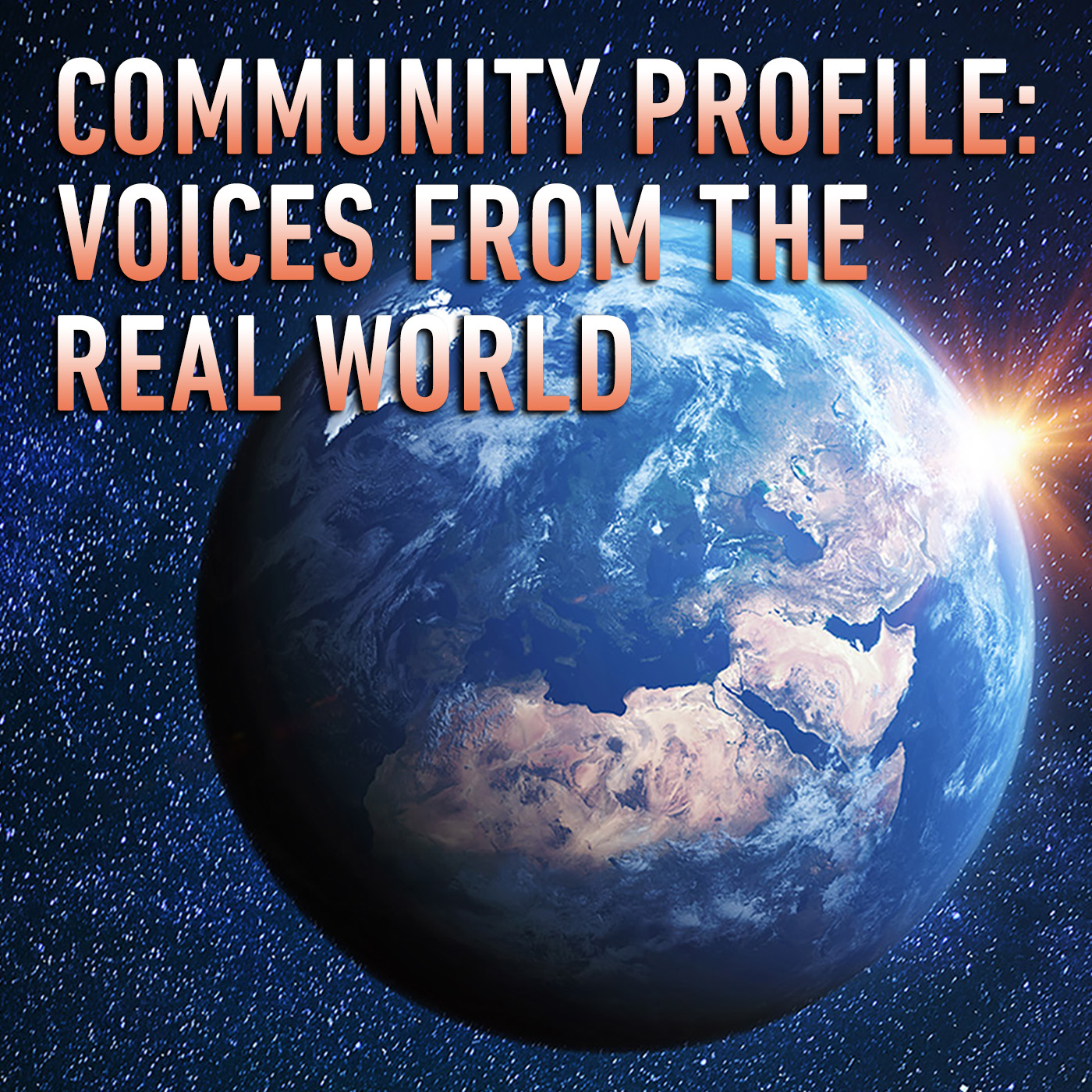 “Matthew Miller is a recently transplanted North Dakotan who has hit the ground running as a local playwright. He’s funny, irreverent and passionate about the medium.” -Bobby Bermea

ARTIST BIO
Matthew Miller’s works for the stage include Martyr, I Love You/Who Are You (Portland Civic Theatre Guild New Play Award, 2018) and the children’s musical, One Pig, Two Pig, Three Pig, Blue Pig. A vocal advocate for local dramatists, he is a proud member of LineStorm Playwrights, PDX Playwrights, the Dramatists Guild, and the Portland Civic Theatre Guild, and currently serves as vice president of the Portland Area Theatre Alliance. Miller has written and produced several pieces in the annual Fertile Ground Festival of New Works and recently partnered with Bag&Baggage Productions to produce and write for Sequestered Soliloquies. He currently lives in Portland with his husband, their dog, Paca, and their cat, Mashed Potatoes.

Posted on January 22, 2021 in: |Comments Off on Episode 7: Sankofa Backwards-Looking-Prophetess: Dear Truth Guardian

“Sankofa Backwards-Looking-Prophetess is a seer, attuned to a different, sometimes pained, sometimes glorious wavelength. Sankofa’s work and Sankofa’s story display a tremendous amount of courage and clarity in the face of adversity. -Bobby Bermea

Episode 6: Josie Seid: Let Us Step Into These Human Skins

Posted on January 15, 2021 in: |Comments Off on Episode 6: Josie Seid: Let Us Step Into These Human Skins

“Josie Seid is one of the warmest, most generous, most gifted artists in the Portland metro area. Extraordinary actor, singer, director, poet and playwright, she shares some of her outstanding work and magnanimous spirit with us.”

ARTIST BIO
Currently living in Portland, OR, Josie Seid is a resident artist with Artists Repertory Theater. She’s an international creator of theater arts, who moves in several circles.  As proud member of the LineStorm Playwrights Collective, she is the author of Petite Dames, which was nominated for the Kilroy list in 2015 and was recently workshopped at Lewis and Clark’s Ray Warren Symposium on Race and Revolutionary Struggle. Other works include but are not limited to: Path of Glory, The Great God of the Dark Storm Cloud, Jordan’s Wisdom, Overdue, Stand by Me, and This is Message Number 13. Her short play, A Wing and a Prayer was recently featured in the nationwide Play At Home project. As an actor and musical theater performer, she’s been seen in shows on Portland area stages such as: An Octoroon with Artist’s Repertory Theater, Men on Boats with Third Rail, and Into the Woods with Broadway Rose. She is also an international arts envoy who as performed in Cairo and Alexandria, Egypt. Josie has also directed productions in Portland to include two world premieres: Hazardous Beauty with PassinArt and A Dark Sky Full of Stars with Vertigo. Her most recent film, Forget Me Not, America, in association with the ART Mercury company has taken Josie to new creative places and she is excited to imagine what’s next!