Tanya Barfield on writing The Call 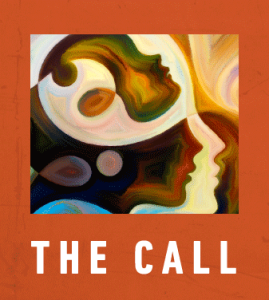 I did not want to write this play. I refused. Without realizing what I was doing, I pointedly and stubbornly refused. It wouldn’t make a good play, I thought. And I didn’t know how to write it. What I knew—what I was known for—were plays about the African-American experience through history.  I did not want to write a contemporary play, a play close to me, a play about adoption.

And so I didn’t write.

And I didn’t write.

As my mentor Marsha Norman had said to me and I had told my students hundreds of times, “Write what you don’t want to write. Even if it’s a comedy, write what makes you uncomfortable.  Let yourself be afraid when you write.”  But, instead, I tried to continue on my steady path.  And yet writing through history—once so easy for me—had become hard.  The characters wouldn’t emerge.  So, reluctantly, I decided to give in and write a contemporary play.  I decided that it would be neat, tidy and well-made with just enough idiosyncratic wordplay and character eccentricity that anyone could enjoy.  A wise play, a funny play that had great ideas and was also  whimsical  and wouldn’t push anyone’s button—especially mine. I didn’t want to write a play that was all heart. So, I began many tidy, whimsical plays but quickly discarded them.  Then, I decided to embrace writer’s block.  “I’m having writer’s block,” I thought, “and it’s going to be poetic.”  It wasn’t. It was not at all similar to a writer’s block from a biography of a great writer.  It was terrible; terribly mundane and uninteresting and excruciating.

After a while, I found myself sitting in my friend Lucy’s kitchen. Stymied and stubborn with the answer right in front of me, but I couldn’t see.

“Just write it,” Lucy said. “Write about adoption, and you don’t have to show it to anyone.”

For over a year, I got up at 4:00am to figure out this play. My kids would wake up two hours later, at which point being a mom would kick-in, leaving little room to write, let alone to write something deeply personal.  Here was a play that required ME—and the many other moms I had met along the way to motherhood —as the primary source material.  It was scary.  It was uncomfortable.

Doubt surrounding motherhood is a taboo subject.  Images of idyllic moms and their babies are everywhere.  The iconography of picture-perfect motherhood fills our culture: perfect moms and perfect babies.  And yet what mother is actually picture-perfect?  In writing The Call, I try not to sugar-coat adoption or the prospect of parenting in general.  When it comes to adoption, many people ask “how can you raise someone else’s child?”  Answering—no, asking—this question is what this play is about.  I love my children more than anything else in the world and I can’t imagine life without them.  It was love at first sight.  But, I’d be lying if I said that I never stopped to question what I was doing and wonder if I was doing it “right.”  I’d be lying if I didn’t admit that self-doubt and tears didn’t accompany the joy and pride.

I’m a bi-racial gay woman, raised by a Caucasian mom and African-American stepdad (who was just Dad to me).  My family wasn’t picture-perfect.  My parents loved me—the same way I love my kids—more than anything else in the world.  Yet, from the time I was a baby, “political” was stamped on my forehead and became the fabric of my identity.  Today, many families are interracial through biology or adoption.  These cross-cultural bonds are still sometimes viewed through the lens of politics but for the most part we have come to understand that it is not politics, but love and care, that weave people together.  Four decades after I was born, Americans are redefining what it means to be a family, and I have found that today my “political” identity is personal to so many.

The Call is about adoption, yes. It’s about race, midlife, Africa and marriage. It’s also about taking a leap, as terrifying as it may be. It’s about stepping outside your comfort zone and committing to something bigger than yourself. It’s about recognizing the power of change and then actually doing it. About being an active member of society—the global society—and improving upon it. It’s about hearing the call to be something more, and then taking that call. As uncomfortable as it may be.

No, I didn’t want to write this play. But I’m certainly glad I did.