Passion Plays: A Historical Tradition, An Exploration of Faith and Community

What is a Passion Play?

A “Passion Play” is a dramatic presentation depicting the Passion of Jesus Christ: his trial, suffering and death. Passion Plays originated in Europe during the Middle Ages as a way of teaching the populace about Christianity.  The tradition of a Passion Play has its roots in the ritual of the Church.   Initially, Passion Plays were performed in Latin by monks, but eventually community members started taking over the roles and performing in the common vernacular.  As time passed, the content and style of presentation continued to shift, with different communities adapting more and more to audience expectations, adding characters and freely translating hymns and scripture.  By the fifteenth century the transition from Church ritual to dramatic performance was complete. 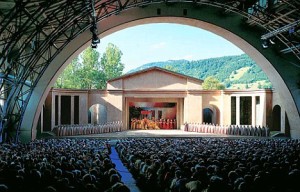 A performance of the Passion Play in Oberammergau, Germany

The tradition of performing a Passion Play was common in several cities and regions throughout Europe, particularly Germany and Austria.  The productions often expanded to include many more stories from the bible.  Performances of some versions began to last multiple days and became closely connected with the growth, identity and increasing self-confidence of the cities in which they were presented.

The Passion Plays of the 15th century, with their peculiar blending of religious, artistic, and increasingly secular elements gave a true picture of contemporary life in those times.  However, with the advent of 16th-century European religious conflict, the uneasiness with liturgical drama increased. The Passion Plays came to be presented more and more rarely, with the Reformation causing them to disappear almost completely.

However, public interest in Passion Plays was revived in the last decades of the 19th century.  Since then, cities in countries all around the world have developed robust Passion Play traditions that continue to this day, including in England, Brazil, Australia, Canada, the Philippines, the Netherlands, Sri Lanka, Poland, Slovenia and the United States.

The stage for the Passion Play of Black Hills, South Dakota

What is Sarah Ruhl's Passion Play?

Sarah Ruhl took the history of Passion Plays and their role as a community cultural event, and used them as inspiration to create an epic, magical and moving piece of theatre.  Sarah Ruhl's Passion Play is three individual plays that each examine a distinct and individual community as they prepare to perform their annual Passion Play.  The first part takes place in the north of England during the reign of Queen Elizabeth I, the second part takes place in Oberammergau, Germany at the start of World War II and the third part takes place in Black Hills, South Dakota during the Vietnam War.  Each of these locations historically has a rich tradition of community Passion Plays and Ms. Ruhl draws on that tradition to explore themes of identity, faith, love, power, and community against the distinct background of each individual play.