Meet the Cast and Creative Team of Blue Door

What an amazing group of artists have come together to build Blue Door! 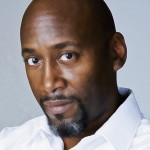 Victor Mack*
Lewis
Victor’s Portland credits include: Ralph D. in The Motherfucker with the Hat and Odysseus/Jacob in the World Premiere of Ithaka at Artists Rep; Kenny in Detroit and Turnbo in August Wilson’s Jitney for Portland Playhouse; Henry in The Lion in WInter at NWCTC. Other local credits include: Seven Guitars, Top Dog/Underdog, Superior Donuts and Take Me Out at Artist Rep.; Ma Rainey’s Black Bottom (Drammy Award for Actor in a Lead Role), Radio Golf (Drammy Award for Actor in a Supporting Role), King Hedley II and Gem of the Ocean for Portland Playhouse; Hamlet and Frankie and Johnny in the Claire de Lune at Coho Rep. 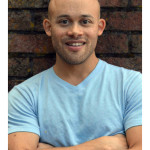 Seth Rue
Simon/Rex/Jesse
Seth is overwhelmed to make his debut at Profile with this powerful show. To be working with two of his artistic idols in Victor and Bobby is a dream come true. He is humbled to be trusted to give voice and shape to Simon, Jesse and Rex and to tell this story, celebrating self-love and acceptance, family, our journeys of identity, ancestral and spiritual vitality, and of the depth, diversity and beautiful – and often painful – complexity of Blackness in America. He is supremely grateful to Bobby and Profile for this opportunity, and to Tanya Barfield for her incredible work. Look for him in the upcoming production of Cottonwood in the Flood with the Vanport Mosaic Festival.

Bobby Bermea
Director
Bobby is a director, a playwright, and an actor and has performed in theatres from New York, NY to Honolulu, HI. He is co-artistic director of the Beirut Wedding World Theatre Project, artistic director of BaseRoots Theatre Company, a company member of of Sojourn theatre, and a company member of Badass Theatre. Recent directing credits include My Soul Grown Deep with BaseRoots Theatre, Dr. Jekyll and Mr. Hyde and The Sexual Neuroses of Our Parents with Theatre Vertigo, and Wait Until Dark at Northwest Classical.

Megan Wilkerson
Scenic and Props Design
Megan is a resident artist at Artists Repertory Theatre, the Resident scenic designer for Bag&Baggage Productions, and a member of the Rivendell Theatre Ensemble. Her design work has been recognized by The Chicago Tribune, The Oregonian, The Austin Critics Circle and The Milwaukee Journal Sentinel. Regionally Megan has worked with The Oregon Shakespeare Festival, The Milwaukee Repertory Theatre, The New Conservatory, Renaissance Theaterworks, Milwaukee Chamber Theatre, Broadway Rose, Teatro Milagro, deFunkt Theatre, Theatre Vertigo, Northwest Classical Theatre, Next Act Theatre, Skylight Opera, First Stage Children’s Theatre, Michigan Opera Theatre, Pittsburgh Public, Portland Center Stage and the Portland Opera. She is a member of United Scenic Artists and holds an MFA from The University of Texas at Austin.

Ruth Nardecchia
Lighting Design
Ruth happily returns to Profile Theatre’s design team. Past lighting designs include The Call and Blood Knot at Profile, Cinderella at Northwest Children’s Theatre and Christmas Unplugged at Artists Repertory. She thanks Profile for another opportunity of collaborative art.

Rodolfo Ortega
Sound Design, Music Direction, Additional Compositions
Rodolfo  received his Bachelor’s Degree in Music from the University of Arizona and his Master of Music degree from Manhattan School of Music where he studied piano and composition. He has composed music and designed sound for the recent productions of Artist Repertory Theater’s The Miracle Worker, The Liar, and Broomstick. He has composed several musicals for Northwest Children’s Theater including Snow White, Pinocchio, El Zorrito, and Peter Pan. He has also composed many of the productions at Santa Cruz Shakespeare including their recent productions of Macbeth, Julius Caesar, Man in the Iron Mask and Henry V. Additionally he has composed the music for Denver Center Theater Company’s productions of Three Musketeers and Romeo and Juliet. For the Oregon Shakespeare Festival he composed the music for Tenth Muse.

Kristin Mun
Fight Choreographer
Kristen is happy to be back at Profile as fight choreographer. She has worked for over half a dozen theatre companies in the Portland area including Third Rail Rep, Action Adventure, Post5, Milagro, and Anon it Moves.  She is the recent recipient of the Leslie O. Fulton fellowship has won Drammy Awards for her work on Danny in the Deep Blue Sea, Oedipus El Rey, and Henry IV Part 1.  Outside of Portland she has worked at Utah Shakespeare Festival, Idaho Repertory Theatre, and was the assistant fight choreographer at the Oregon Shakespeare Festival for 2 seasons (09-10).  She is an officer and a recognized fight instructor with Dueling Arts International.

Natasha Stockem
Production Assistant
Natasha is glad to be back at Profile Theatre and a part of Blue Door. Her previous credits include co-stage managing Far Away, assistant stage managing Romeo and Juliet, stage managing Last Summer at Bluefish Cove and most recently with Profile Theatre and Shaking the Tree, Passion Play. She has worked as part of rig and focus crews for a verity of productions, was the blood maven for Macbeth, and the properties mistress for The Importance of Being Earnest and Romeo and Juliet, all at Portland State University, where she received a Masters in theatre studies with a focus in tech. She also works with Prismagic, a local production company that develops mixed medium shows.