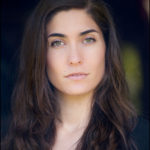 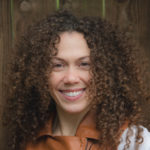 Julana Torres
Beatriz
Julana is a Portland local with an extensive career in music, dance, and theatre. She is ecstatic to be performing for the first time with Profile Theatre. Most recently Julana originated the role of Doña Teresa in Óye Oyá at Milagro Theatre  and Grandma in Artists Repertory’s world premiere musical Cuba Libre. Other musical theater credits include Fame (Carmen), West Side Story (Carmelita), Peter Pan (Tiger Lily 2), and South Pacific (Ensemble). Julana also established the full time dance program for Franklin High School, and was the creator of successful arts showcase for youth Arts Alive. She can also be seen performing as the lead singer for popular latin jazz orchestra The Bobby Torres Ensemble. 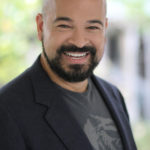 Jimmy Garcia
Manuel
After studying at Southern Oregon University and performing at the Oregon Shakespeare Festival, Jimmy is happy to be back in Portland where he began his acting career years ago on the stages of Milagro Theater, Stark Raving Theater and Portland Center Stage. In Southern Oregon, he performed a variety of roles working with such esteemed directors as Bill Rauch, Libby Appel and Pat Patton to name a few. He has most recently performed in Milagro’s world premiere Òye Oya, ART’s A Civil War Christmas, Profile Theater’s Elliot: A Soldier’s Fugue, and can next be seen in Profile’s The Happiest Song Plays Last. 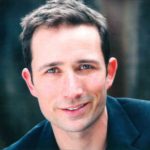 Rebecca Martinez
Director
Rebecca  is a Brooklyn-based director and choreographer with deep roots in Portland. Rebecca is an ensemble member of Sojourn Theatre, a Co-Curator of Working Theater’s Directors Salon, a member of the Lincoln Center Theater Directors Lab, INTAR’s Unit52, the 2015-16 SDCF Observership Class, the Latinx Theatre Commons Steering Committee, and an Associate Member of SDC. Awards include four Portland Theater Drammy Awards (7 Great Loves and The War Project: 9 Acts of Determination – Sojourn Theatre; The Brother/Sister Plays – Portland Playhouse) and the Lilla Jewel Award for Women Artists. Rebecca is an artist with the Center for Performance and Civic Practice and a 2017 Drama League Directing Fellow.

Kristeen Crosser
Lighting Design
Kristeen is excited to be working with Profile again. Some of her favorite Profile credits include lighting design for Buried Child and Thief River and scenic design for My Children My Africa and Master Harold and the Boys. She received her BA from Centre College in Danville, KY and received her MFA in lighting design from Wayne State University, Hilberry Company in Detroit, MI.  She has designed lighting and/or scenery for several area and regional theatres including Artists Rep’s Eurydice, Foxfinder and The Understudy, Miracle Theatre’s Mariela in the Desert and Oedipus El Rey. Oregon Children’s Theatre’s Goosebumps the Musical and Bad Kitty. Third Rail Repertory Theatre’s The New Electric Ballroom and Northwest Children’s Theatre’s Snow White.

Sarah Andrews
Props Master
Sarah earned her BFA in Acting in 2014, since this she has worked and lived in Portland. She has worked with many theatre companies including Tears of Joy, Staged!, Post 5 Theatre, Milagro, Lakewood, Oregon Children’s Theatre and defunkt theatre. She also works in community-based projects such as Buskers In The Burg in Ellensburg, WA and the Summer Solstice in Seattle. She also volunteers with theatre projects in Oregon prisons. She wrote, produced and directed an original adaptation of “Life is a Dream” and the children’s show “Pearl and the Five-Headed Dragon.”  She has also taught workshops on puppetry at the Kennedy Center Theatre Festival. Currently, she is producing Thom Pain (based on nothing) by Will Eno.

Miranda Russ
Stage Manager
Miranda has a BA in Drama, with Honors in Stage Management, from University of California, Irvine and an MFA in Stage Management from Columbia University in the City of New York. Her professional credits include: Gigi on Broadway; Othello at Classic Stage Company; Birds of Paradise at New York International Fringe Festival; Summer Valley Fair at the New York Musical Theatre Festival; and more. Having recently relocated back to the West Coast, Miranda is enjoying working with the amazing Portland theatre community, with companies such as Profile Theatre, Artists Repertory Theatre, and Third Rail Repertory Theatre.

Madilynn Garcia
Production Manager
Madilynn is a native Texan and thrilled to be working at Profile this season. Some of her past production management work includes Elliot, A Soldier’s Fugue at Profile Theatre, The Nether at Third Rail, as well as work at The Oregon Shakespeare Festival, The ZACH, and UT Austin. Madilynn also serves on the Diversity and Inclusion Committee for The United States Institute for Theatre Technology (USITT) where she coordinates the Gateway Program, which seeks to promote underrepresented, emerging artists in the area of production

Esther McFadden
Production Assistant
Esther is glad to be back with Profile after opening the season with Elliot, A Soldier’s Fugue (PA). Recent credits include The Talented Ones (PA), Trevor (PA), and The Skin of Our Teeth (PA) with Artists Repertory Theatre, The Angry Brigade (SM) with Third Rail Repertory Theatre, Upside Down: A Musical Tale After the Christ (SM) with The Upside Down Theater Company, and A Christmas Carol (PA), Julius Caesar, The Heidi Chronicles,To Kill A Mockingbird, and Blues for Mister Charlie (SM Intern) with Trinity Repertory Company. She is a graduate of Emerson College with a BFA in Stage and Production Management and BA in Writing, Literature, and Publishing.