Lisa Kron: In Her Own Words

We asked Lisa to reflect on the creation of 2.5 Minute Ride, now that it’s been two decades since it first premiered.  She kindly shared an brief insightful essay on her experience making the piece and its relevancy today. 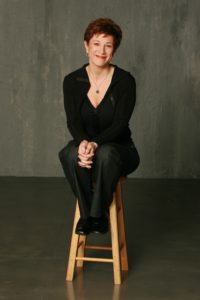 I worked on 2.5 Minute Ride for five years, from 1995 until it opened in its completed form at the Public Theater in 2000.  I was 39 years old then and I remember feeling I had reached the summit of a mountain I hadn’t realized I was climbing.  It occurred to me then that throughout the previous 20 years, which had felt distressingly aimless as I was going through them, I had actually been doggedly, if unconsciously, accumulating the craft I would need to…what?  I was going to say “tell my father’s story.”  But 2.5 Minute Ride isn’t a story.  It’s a serial deconstruction of stories I yearned to tell about my father’s life.

Before 2.5 Minute Ride, I had tried to tell those stories in a previous show.  It went badly, though at the time I thought it was aces.  It felt extremely satisfying, telling those stories on stage.  And I thought the show had been a success until, about six or eight months later, I watched the archival video.  And I was plunged into a months-long feeling of humiliation and shame.  My father had lived through a cataclysm that cost him everything.  Watching that video, I saw myself reveling in my ability to ignite a charge in the audience by repeating his accounts of that cataclysm—a narrative thrill ride that ultimately cost me and my audience nothing.

My father spoke about the things that had happened to him with a disarming equanimity.  He always couched his recollections in the context of history’s long arc.  He never saw his experiences as singular, but as part of the human continuum.  I think that gave him comfort.  It also gave him a way to stand to the side of trauma, while remaining engaged with his past.  But there was something else, as well, something unsettled at the core of his stories, something he was still grappling with.

There’s a difference between lived experiences and the stories we tell about them. Stories are created after the fact: we choose a handful of elements from the great swirl and arrange them into constellations of comprehensibility and meaning.   But life, as we live it, has no narrative.  It sweeps us ceaselessly forward, demanding that we act and react but providing none of the context or certainty that will come with hindsight.

At the center of my father’s cannon of stories were those about people he had known who raised their voices, even at great risk, who had the courage to stand up and say, “This way of treating other people is wrong and I will not go along with it.”  The question my father couldn’t stop asking himself, that hovered in the background of every story he told, was “How could I have behaved better?  In what ways could I have been more humane?”

My dad died in 2015.  I miss being able to talk to him about current events.  I miss the wisdom of his long perspective.  I yearn to hear his thoughts about this current regime.  I’m also relieved he’s not here to see it.  He would have a fascinating analysis.  But so many times in this past year I’ve read the news, wondering if these events would trigger in him a fresh unleashing of old trauma.

This weekend, as I write this essay, is the one year anniversary of the Women’s March.  This morning I was at one of the many rallies across the U.S., across the globe, where people gathered to affirm their steadfast commitment to resist, and I realized that not all of the events past year would have been a source of trauma for my father.  The hundreds of thousands rising up to say “This way of treating people is wrong and I will not go along with it,” would have moved him beyond measure.