Experience these plays as never before produced: In rotating rep!

Both plays are staged on the same convertible set, share a cast of actors and focus on the central character of Elliot.  You need not see them in order, as each story stands on its own.  But do see them both for a fully rounded experience.

WATER BY THE SPOONFUL

Somewhere in Philadelphia, Elliot has returned from the war in Iraq and is struggling to find his place in the world. Somewhere in a chat room, recovering addicts forge an unbreakable bond of support and love. In this fearless, heart-stirring Pulitzer Prize-winner, worlds virtual and real unfold onstage, challenging our notions of family, forgiveness, community, and courage.

A rich, brilliant montage of American urban life that is as dazzling to watch as it is difficult to look away from. –Associated Press

Play two of the Elliot trilogy.

Iraq War vet Elliot has a bright new career: movie star. But shooting a film on location in Jordan, with the tumultuous Arab Spring rumbling nearby, he finds that his wartime nightmares have followed him into his new life. Back in Philadelphia, his cousin Yaz has her hands full cooking for the homeless and trying to keep her beloved community from crumbling. Set to the joyful sounds of traditional Puerto Rican folk music, this final play of Hudes’ trilogy chronicles a year in the life of these two kindred souls as they search for love, meaning and a sense of hope in a quickly changing world.

Play three of the Elliot trilogy.

PRODUCERS CIRCLE FOR THESE PRODUCTIONS 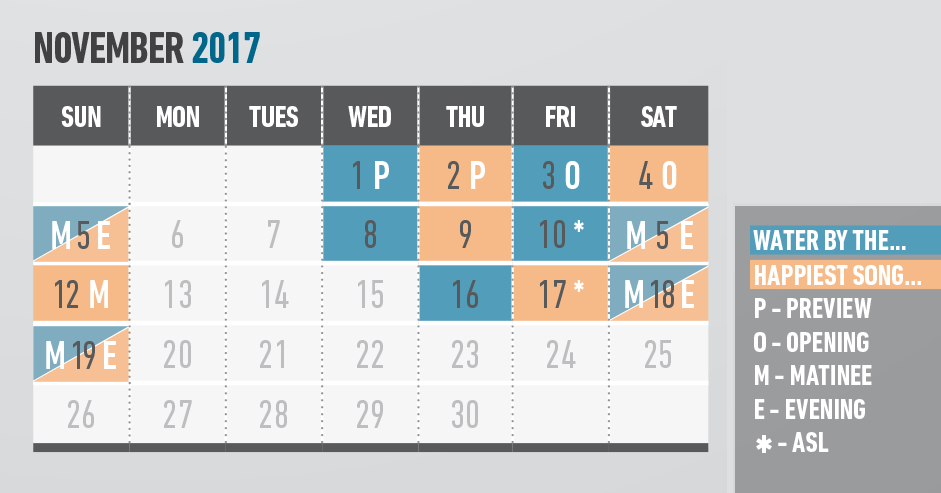